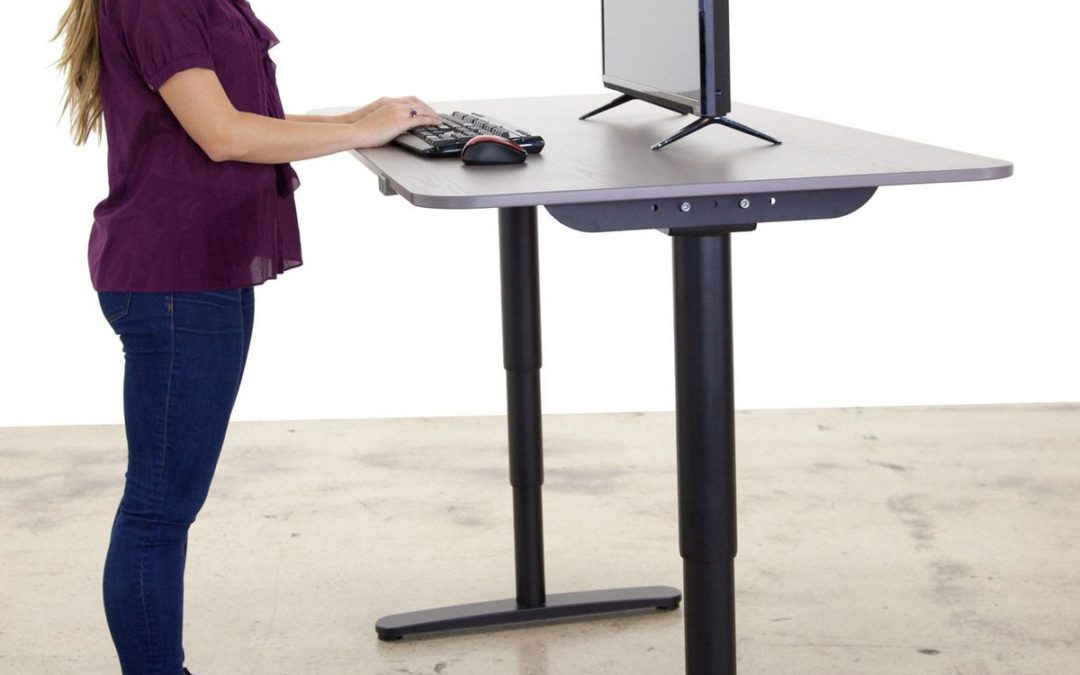 It seems like you can’t enter an office without seeing at least one or two standing desks around.

Research shows that for people who work in offices, switching between sitting and standing during the day has health benefits. But as anyone who has used a standing desk knows, motionless standing can also cause stiffness in one’s feet, lower back and neck.

Enter Wurf Board, an adjustable air-spring surface for standing desks. The flat surface of the board shifts under your weight to provide a cushion under you and prevent soreness. At the time of writing, its Kickstarter page — which has a goal of raising $100,000 by Jan. 4 — had almost $9,000 pledged.

Mark Publicover, Wurf Board’s creator, told Mashable that the product aims to keep people moving by engaging their body throughout the day — or at least, while they’re standing on it.

Publicover, CEO of the trampoline company JumpSport,developed the idea for the Wurf Board shortly after the company purchased standing desks for his the office.

“[People] complained they could not stand long on the hard floor, so we offered anti-fatigue mats,” Publicover said. “As I began thinking about these problems, I noticed my heels were sinking into the mat, causing my knees to lock, which quickly made my legs feel stiffer and negatively impacted my posture. […] It dawned on me that anti-fatigue mats are always used where people are consistently moving around and not standing still, like we do now at standing desks.”

Publicover first wanted to make a trampoline-like surface, but reworked his plan to reflect the curved, flexible edges of surfboards, which would allow the person on it to manipulate the board with his or her feet.

Fourteen prototypes later, Wurf Board was born — an adjustable platform that can be firm and supportive or soft and springy.

The lightweight board, which rises two inches off the ground, is made from drop-stitch PVC, the same material used to construct inflatable standup paddle boards. It can be moved around by your feet, but grips the floor so users won’t slip around, Publicover says.

“We had to reengineer the material in order to improve its strength and durability for the many years of use and abuse we expect it will receive as a standing mat in an office setting and as an at-desk exercise platform,” Publicover says. “In fact, the material and fabrication process is more than four times the cost of a high end pair of running shoes. Road runners burn through shoes in six months, but our boards need to hold up for years.”

Publicover wanted the Wurf Board to function as a treadmill desk alternative, so his team also developed at-desk exercises and stretches for mini workouts throughout the day, which can help bolster energy and alertness.

The board’s design is similar to that of The Level, a $269 device that was designed to make standing at a desk easier. While both products are designed like surfboards, The Level requires a constant shift of one’s weight to keep balanced.

The Wurf Board is available in three different sizes: small, medium and large. The boards will retail for $190, $230 and $280 respectively. They’ll start shipping in the U.S. in January and internationally in February. Of course, this is added to the already rather high cost of investing in standing desks, which can run for $400 to $500 each.