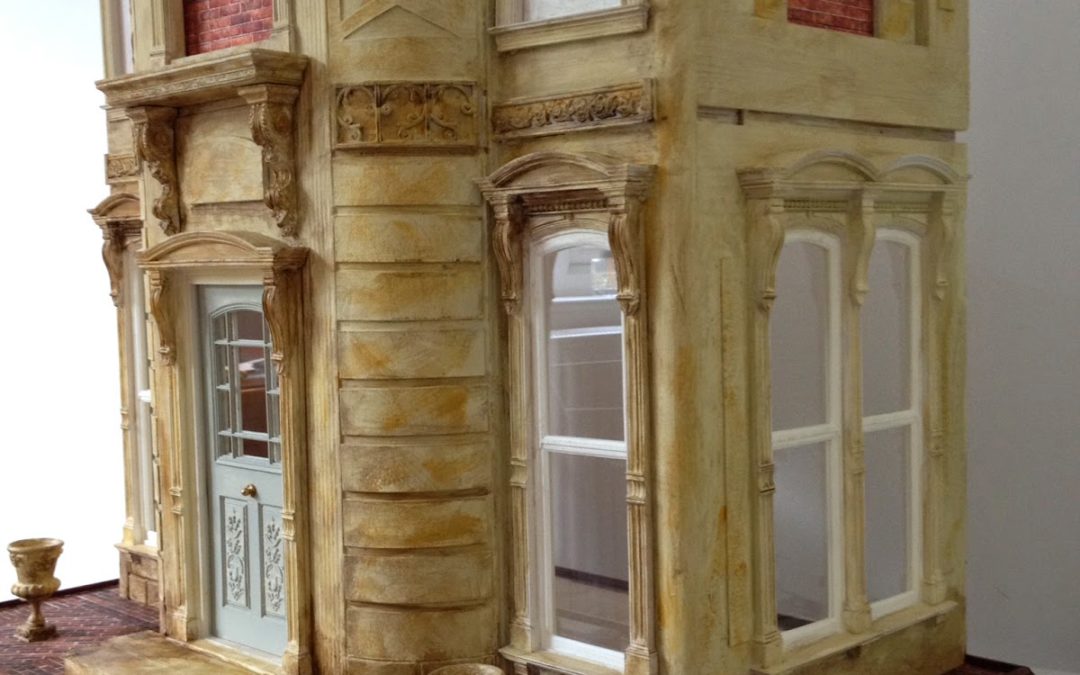 Well, I have finished “laying” the pavement in the brick paper and I think it works quite well. I cut a square area out and put back in a section of brick that runs at an angle to the main “grain” of the brickwork. I also increased the depth of the front step. Oh, and I varnished the wooded moulding before I stuck it down.

In the picture below you can just make out the brickwork and the yellow base colour on the step that I’m painting the stonework before I attack it with umber!

So, after much fiddling about, with different shades of Umber, this is how it now looks. I’m pleased with it so far but I think it needs a lot more layering of detail before it looks right. There is also a lot of architectural detail I need to add still – French flourishes etc, not to mention the dread roof!!

In the second picture I put a piece of mirror card behind the nearest window (the kitchen will be here) and you can see how well it work. I also want to get a couple of smaller planters for either side of the door.

As well as doing this I have been working on my kitchen layout. I have broken my rule of up-cycling and bought an oven kit from Elf Miniatures. it was relatively inexpensive and arrived the next day!! I haven’t made it according to instructions but I’m happy with how it has turned out – not too shabby for my first oven! It will add a much needed modern touch.

Ok guys, I’ll leave you all in peace now. Enjoy the rest of your weekend and I’ll post more when I have it.