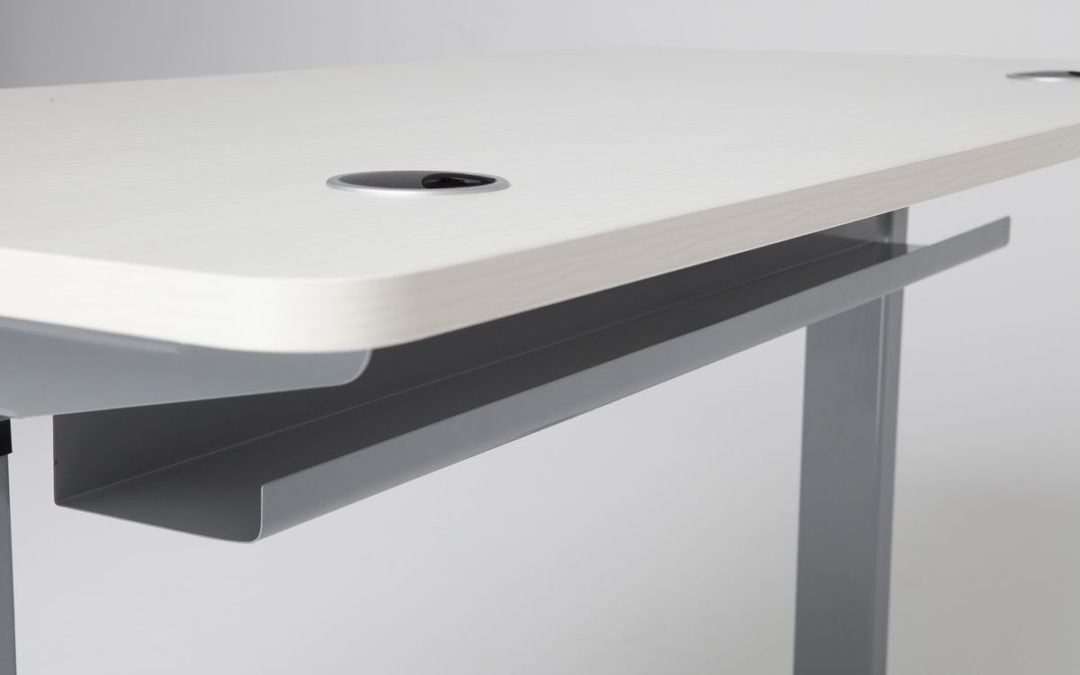 Standing up for health just got a little cheaper.

Despite all the talk about how sitting is the new smoking, it can be difficult to find someone who actually bucks office norms to work standing up.

One of the hurdles — price — is addressed in Wednesday’s Kickstarter launch of Stand Desk, which starts at $400 and is automatic, meaning it can be used at sitting or standing height and adjusts at the press of a button. Stand Desk reached its Kickstarter goal of $50,000 in 38 minutes.

But the difficulty with standing desks isn’t the hardware. If you work from home, you’re able to set up your workspace however you like, but for someone working in a shared office, it might be more difficult — and perhaps throw off the floor plan design — to introduce a standing desk to the mix.

It does help that Stand Desk is automatic, and thus does not require any hands-on cranking or adjusting to bring it to standing position. A user could potentially stand for two hours out of the day, and then return to sitting, without being a distraction to officemates.

Mashable previously covered the high-end Stir Kinetic Desk, which runs upwards of $3,890 and prompts users to stand or sit based on a personalized algorithm. Most automatic sit-to-stand desks run in the upper $1,000s.

Stand Desk made its product affordable by simplifying the mechanics that go into raising and lowering the height, with a range of 28 to 45 inches, which should accommodate people as tall as 6’3″. The desk top is made of bamboo or particle board.

We’ve heard of people building a static standing desk for as low as $200, although it would be static and require standing for the full day. Another option would be to purchase a bar stool, drafting chair or the seat from Focal Upright, which allows you to lean onto a seat while using a desk at standing height.

Alternatively, someone with ample office space could purchase both a standing desk and a regular height desk to alternate throughout the day.

Even the biggest proponents of standing desks don’t recommend standing for the full eight hours each day, but rather, moving around and alternating between sitting, standing or leaning. In fact, the key isn’t choosing standing over sitting, but rather, changing one’s posture every 20 to 40 minutes, which NASA researcher Dr. Joan Vernikos (and Stand Desk advisor) found was more beneficial to a person’s health than daily exercise in a study done for astronauts. LUMOback founder Monisha Perkash agrees — in a previous interview, she noted activity outside work cannot make up for poor posture throughout the day.

Users of standing desks recommend you also invest in an anti-fatigue mat. A friend of mine who uses a standing desk in his home office says standing on a yoga mat can work as well.

Stand Desk founder Steven Yu is rightfully optimistic about his Kickstarter campaign — a post of his website rose to the first page of Hacker News two weeks ago.

Yu came up with the idea after a motorcycle accident left him needing to sit less. He grew up working on cars and when he saw how expensive most standing desks on the market were, he was confident he could make an affordable option. It may not be a Ferrari, he says, comparing his product to the higher-end desks on the market — but he wants to make standing desks an option accessible for all people.

Stand Desk takes a step in the right direction in terms of making standing desks affordable, which in turn should drive widespread social acceptance — and hopefully the rest of us can circumvent our back-strained futures.