The Science of Anti-Fatigue Matting 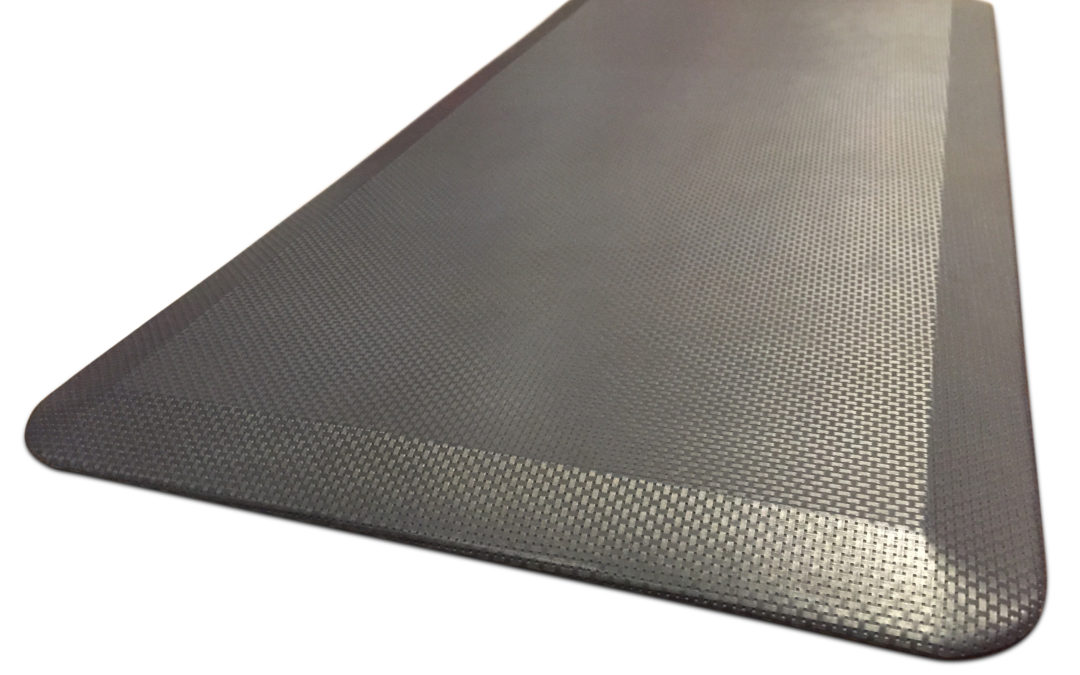 A detailed explanation of how anti-fatigue mats work is contained in an article from the April 1999 issue of “Occupational Health & Safety”, written by James M. Kendrick:

“Anti-fatigue mats are engineered to make the body naturally and imperceptibly sway, which encourages subtle movement by calf and leg muscles. This promotes blood flow and keeps it from stagnating in the veins, which causes workers to feel fatigued.”

There are several issues that can be caused by prolonged standing on a hard surface.  Firstly, muscles can contract thereby reducing blood flow.  This creates cramp-like feeling as lactic acid builds up and the blood ‘stagnates’.  In addition, long-term standing causes pronation, or excessive flattening of the foot. While this can be simply tiring and a bit painful, it can also lead to plantar fasciitis and other serious foot conditions if allowed to progress unchecked. Lower back pain is highest in workers who stand 4 hours or more per day.

As noted by Mr. Kendrick, the cushioning effect of anti-fatigue matting allows continuous micro-movements of the feet, which minimizes blood pooling in the legs.  Too much cushioning can have a negative effect. Too great an amount of softness or “give” will actually cause excessive fatigue because it overworks the muscles. Think of it like jogging on the beach as an extreme example of this concept.  He goes on to state that

Such imbalance is very harmful for the human body. The use of anti-fatigue mats enables correct balancing and a uniform distribution between the right and left leg.

A study conducted by Prof. Dr. Redha Taiar (2011) an expert in biomechanical, human locomotion, kinematic and kinetic analysis and biomedical technologies at the University of Reims in France showed how human mechanics in a working environment are impacted through the use of anti-fatigue mats.  Professor Taiar recommends a two-part approach in reducing fatigue. Firstly, the worker must initiate a variation in foot pressure to improve the upright standing position. This top down approach helps to eliminate the build-up of pressure points on the feet (Cinderella fibres). To achieve this, his advice to workers is to regularly change the pressure point inside the shoe.